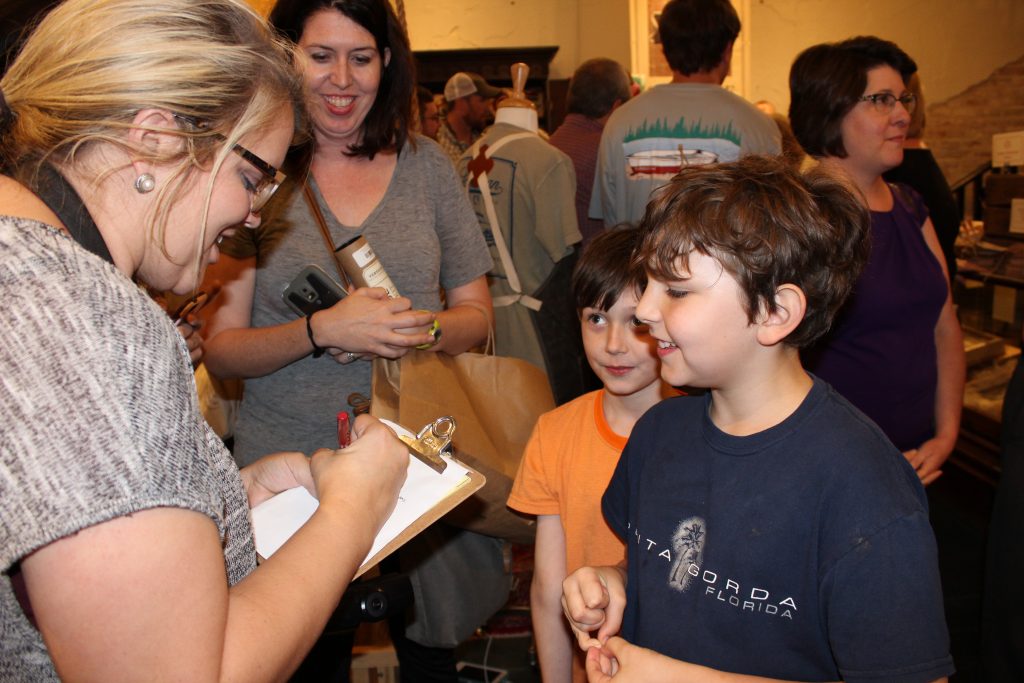 LAUREL, MISSISSIPPI – Unless someone in Jones County has been living under a rock for the past several months, it is hard to escape the excitement that has surrounded the first season of HGTV’s “Home Town.” For those who may have missed all the hype, the television show is filmed in and around Laurel and features Ben and Erin Napier, along with other local craftsmen and businesses, as they renovate and restore neglected properties around town. One of the highest rated HGTV series this season, “Home Town” has been renewed for a second season.

Unlike the hometowns of some of its television predecessors, such as “Fixer Upper” set in Waco, Texas and “Duck Dynasty,” in West Monroe, Louisiana, Jones County has had the benefit of hindsight to help prepare the area for increased interest in the area as a tourist destination.

The Jones County Chamber of Commerce is trying to learn from the experiences of its sister cities by being proactive when it comes to tourism.

“Basically, we are taking on a tourism initiative as a component of the Chamber and EDA,” explained Larkin Simpson, vice president of the Chamber. “We have established a promotions committee with a tourism subcommittee to work on making sure we take full advantage of the all the positive publicity ‘Home Town’ has generated for our area.”

During the recent “Home Town” finale night, the Chamber invited local and regional media outlets to send representatives for a mini tour of Laurel. Beginning at Lauren Rogers Museum of Art, reporters were treated to dinner and a driving tour of Laurel’s historic district.

“We wanted to host this event for our locals to get a taste of what it is like being a tourist in our own backyard,” explained Simpson. “Many times our local media cover events and get stories, but they aren’t always an integral part of the story. Through our Chamber, tourism committee and community organizations, we have all worked together to craft a message of hospitality and openness to incoming visitors. We wanted our local media to experience that, as well as write about it, so other local residents, store owners and patrons would get a sense of pride in where we live. We want to put our best foot forward and this is one of the best ways we know how.”

During the driving tour, George Bassi, executive director of Lauren Rogers Museum of Art, served as the guide and pointed out several historic homes of interest, including some that had been renovated during the first season of “Home Town.” Although Bassi sees the impact of tourism everyday with guests at the museum, he believes most people are unaware of this component to economic development.

“We wanted to let our media know that tourism is alive and well in Jones County,” said Bassi, who also chairs the Chamber’s tourism sub-committee. “‘Home Town’ has created a broader awareness of tourism in our community, but most Jones County residents probably don’t realize that tourism is an industry for our area. We have had tourists on a daily basis visit us for years, but now that number is swelling and we need to educate our local citizens on tourism.”

Local media who had representatives take the tour included The Chronicle, The Impact, The Leader-Call, Blakeney Communications and WDAM and WHPM television stations.

“We want our local media and residents to understand the role tourism plays in Jones County’s economy,” said Ryan Griffin, marketing director of The Impact and chairman of the Chamber’s promotions committee. “In the future, we plan to host media events that span the southeast United States region to showcase all Jones County has to offer. Because of our unique history, amenities and current features like ‘Home Town,’ Jones County is a tourist destination.”

Also participating in the media tour was Scott Speakes, publisher of “okra.” a new regional magazine based in Cleveland, Mississippi. With an emphasis on “real Southern culture” across 13 states, “okra.” is a bimonthly magazine that debuted in May. The first issue featured food culture, while the second issue, available July 11, will include an article on the Napiers, Laurel and “Home Town.”

Having already done the interviews and photo shoots in February for the upcoming article, Speakes wanted to take the media tour and enjoy the “Home Town” season finale party as a wrap up to the story.

“I think that the exposure that the state is getting from the show is great,” Speakes said “Even though Laurel is getting a lot of the attention, the whole state in general is (benefitting). People are going to come in, stay and visit all over the state.”

Speakes added that people visit Mississippi for many different reasons, but often discover other exciting things about the state that they didn’t know before coming.

“Like in the Delta, we get tons of tourists for the Blues Trail, from Clarksdale to Cleveland to Dockery,” he said. “We get a lot of Europeans and people from all over the country. (Jones County) is going to be a part of that, too. People who are fans of the show are going to want to come down and see (where it takes place).”

During the time between “Home Town” seasons, Chamber officials believe, as Speakes mentioned, that there will be an uptick in visitors coming to Jones County. Although they are looking for a small-town experience, many will be pleased to learn that they can get a little high tech assistance to make their stay more enjoyable.

“Tourists are always looking for an experience,” Bassi said. “They want to walk the streets, see historic houses and sites, shop in quaint, local stores and eat in local restaurants. Most of our tourists want to have an experience. One new feature that the Chamber of Commerce and a team from Leadership Jones County helped develop this spring is a new phone app that allows visitors and locals alike to search for restaurants, attractions, places to stay and shopping.”

The app to which Bassi referred, “Visit Jones,” is free and works with smartphones and iPhones. Sections users can select are eat, play, shop, stay, events, and discover.

“It’s funny, people come to Laurel-Jones County for all sorts of different reasons,” Simpson said. “There isn’t just one thing that attracts them. It’s really cool when you talk to someone who comes for the ‘“where is that?’ and you respond, ‘well, it’s right up the road here.’ Shopping to leisure, to sports and outdoor recreation, to history and art. Whatever brings people here, they leave with so much more than they thought they were coming for. I believe the app will help our visitors realize that Laurel-Jones County offers them a lot more than what they initially came for.”

A few challenges come with promoting any area as a tourist destination. The first is educating local citizens.

“That can mean everything from hospitality training to picking up litter to making sure that local residents are knowledgeable about our tourist attractions,” Bassi said. “We must put our best foot forward because social media and word of mouth can kill our reputation if tourists have one bad encounter.”

The second challenge is making Jones County a destination, not just a side stop.

“Our goal is to hopefully have visitors spend the night and spend money locally,” Bassi said. “We have seen an influx of day-trippers who stop off the interstate for a few hours and now we need to expand their time in Jones County and let them know the many aspects of our community.”

Simpson said that now is a special time in Jones County. 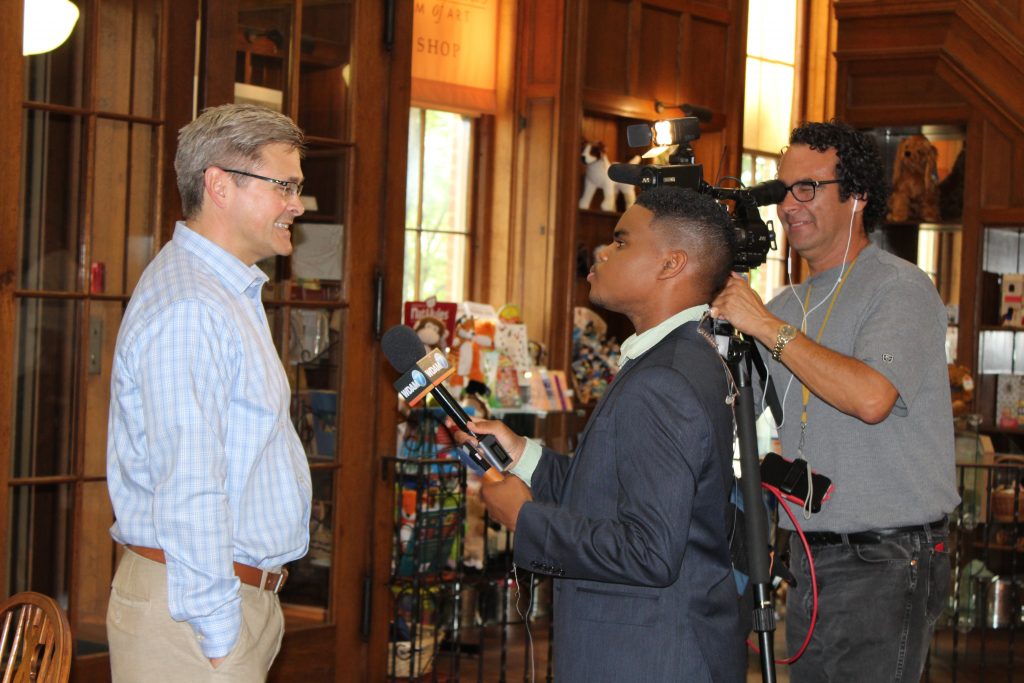