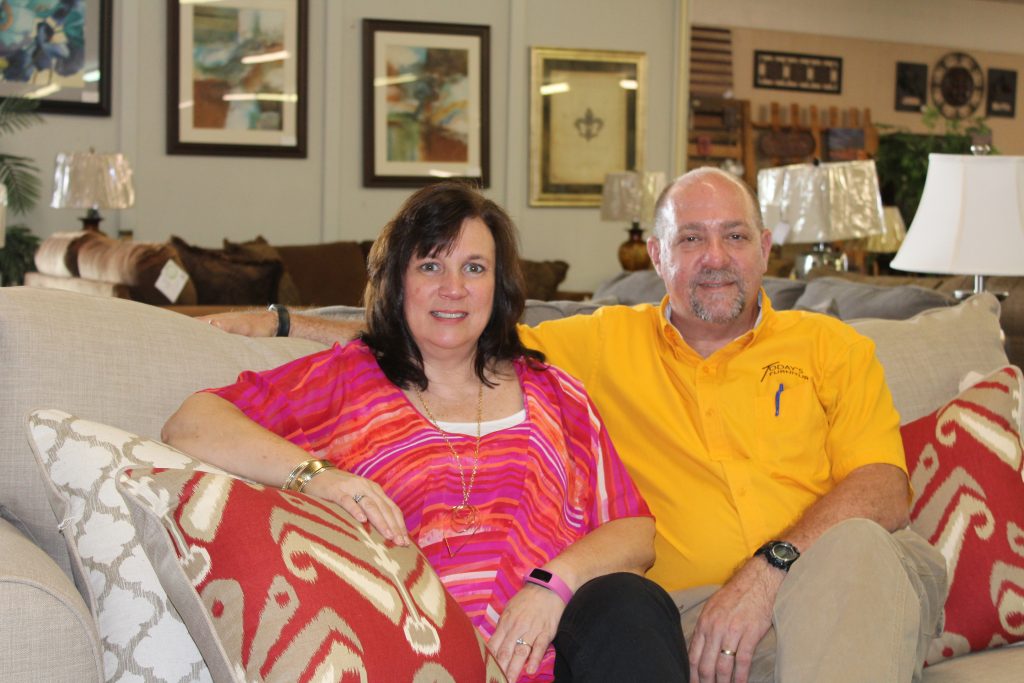 LAUREL – In a country where, according to “Forbes” magazine, only about 25 percent of small businesses make it past their 15th anniversary, it’s a pretty big achievement when one makes it past the half-century mark.
With that statistic in mind, Today’s Furniture in downtown Laurel is approaching its 51st anniversary, no small feat for a store that employs fewer than ten people. Husband and wife team of Kline and Dawn Allred Estess are the second generation co-owners of Today’s Furniture. Dawn Estess believes adhering to her parents’ advice has been the key to the store’s success.
“We have always treated everyone the same, with respect and dignity,” she explained. “God created everyone equal. That’s the way my mom and dad did business and that’s the way we continue to do business.”
Dawn Estess’ parents, Ken and Jackie Allred, opened their furniture store in its first location, Heidelberg, in 1966 with a $3000 loan.
“There was lots of hard work, blood, sweat and tears involved in getting that store going,” Dawn Estess said.
As with many family-owned businesses, the children often tagged along to work with their parents. Dawn and her sister were no exceptions.
“I remember, as a child, riding my tricycle around the store (in Heidelberg),” she recalled with a smile. “The store was in an old, old building that had a big pot-bellied stove in the middle to heat it.”
In 1989, the Allreds opened their Laurel store in addition to the one in Heidelberg. In 1993, they closed the Heidelberg store to concentrate on Laurel. Over the years, Today’s Furniture has been housed in several locations. With each new move, the business expanded. The current location on Leontyne Price Boulevard boasts one of the largest furniture showrooms in the area at nearly 24,000 square feet.
“One of the things a lot of people don’t know about our building is that it used to be a bowling alley,” Dawn Estess said.
Helping people create a home where they can relax and get away from the pressures of their work gives the Estesses great satisfaction.
“I remember a man who taught school and worked for mom and dad in the afternoons buying furniture from my parents,” Dawn Estess said. “That was 45 years ago and he’s still buying furniture from us.”
“I don’t think any of us ever expected, 50 years later, to be dealing with the third and fourth generations of the store’s original customers,” added Kline Estess.
The Estesses worked alongside the Allreds for many years. Ken, who passed away earlier this year, and Jackie got to see their grandsons play and eventually work part time in the store. While working together as a family has many positive aspects, Dawn Estess said that there is at least one common misperception.
“People think when you own your own business you just hire people to do everything,” she laughed. “That’s definitely not the case. In a small business, you do a little bit of everything. You can’t just shut the store to go to your kid’s ballgame. It does limit what you can just go and do.”
With their eyes toward the future, the Estesses are looking forward to having many more years in the furniture business. Among the commitments they have made with regards to their inventory is to use sources that are as local as possible or made in the USA.
“Almost all of our upholstery items and half of our bedroom (furniture) are made in Mississippi or Alabama,” said Dawn Estess.
“And we also carry the Ashley and Lazy Boy brands, both of which are made in Mississippi,” Kline Estess added.
The Estesses are also excited about the City of Laurel’s plans for beautifying and expanding Leontyne Price Boulevard. In conjunction with the city’s plans, they plan to do a little sprucing up of their storefront as well.
“The exterior of our store is very deceptive, we hear that almost every day,” Kline Estess said. “From the outside, (people) have no idea it’s got nearly 24,000 square feet of furniture. The store is very plain on the outside, but, with the new road coming through, we have plans to (work on the exterior). However, until we know how close the road is going to be to our building, we have to wait on that.”
In the meantime, the Estesses look forward to doing what they feel they do best.
“We try to offer a wide selection of home furnishings in a wide variety of styles and price points, from starter homes to the home of your dreams,” Dawn Estess said. “That’s what we plan to keep on doing. And, we will continue to treat everyone like we want to be treated, just like my parents taught me.” 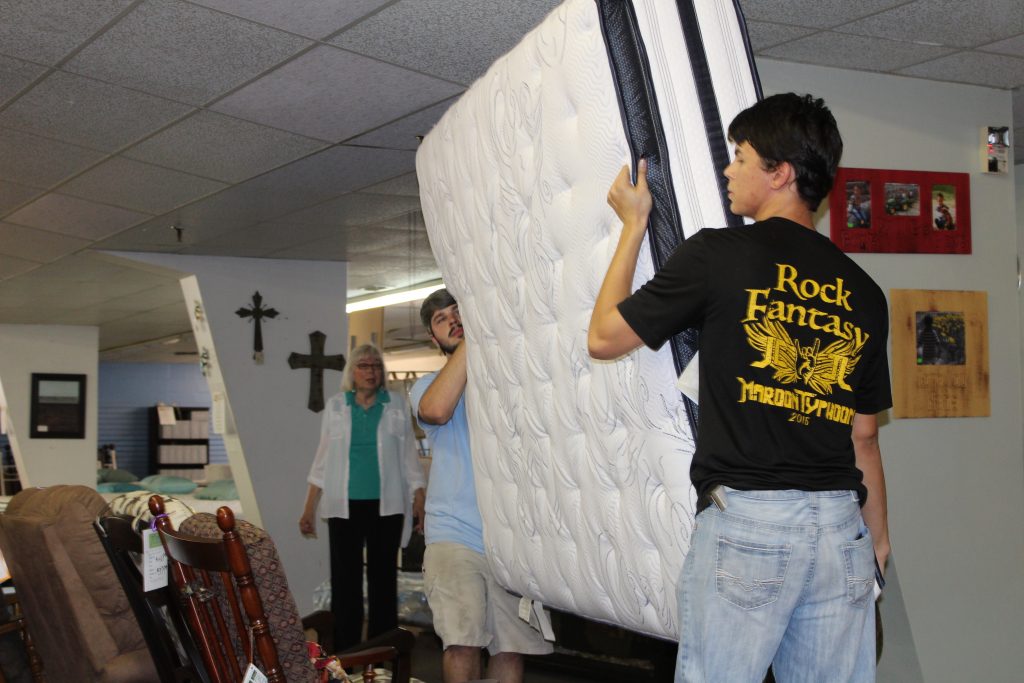